For those who live agelessly in the shadows of the world, sustained by blood, history is not something that happened to other people. In twelfth century Europe a web is spun in those shadows to contain the ambitions of an immortal emperor. But, when history is a memory, the greatest danger comes from what has been forgotten. Innocent in The Afterlife

Pope Innocent XIV drops dead three days into the job. But the afterlife, much like his reign, proves a bit of a disappointment. First, his guide, winged hat aside, is practically naked and thinks everything’s a bit of a joke. The Lord God calls him goy and tells him to bugger off; and come the day of Judgement his judges turn out to be human, and not even remotely saintly.

Then there’s the culture shock. The only three-in-one deity around is a she, and she’s terrifying. Not to mention all those divine birthday parties – none of which is for Jesus, despite it being December, because, apparently, He was born in August. But the worst part of all is that, despite his best efforts to explain, no one seems to want to understand that there’s nothing quite so evil in the world as condoms. 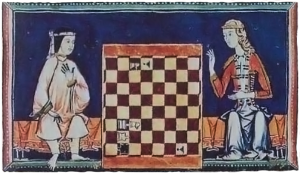 Welcome to my random ramblings. Oh, and I have a couple of books. Learn about each one here, and click the covers to read reviews and excerpts.